Between Macro & Micro-Influencers: How to Choose & What’s the Difference? 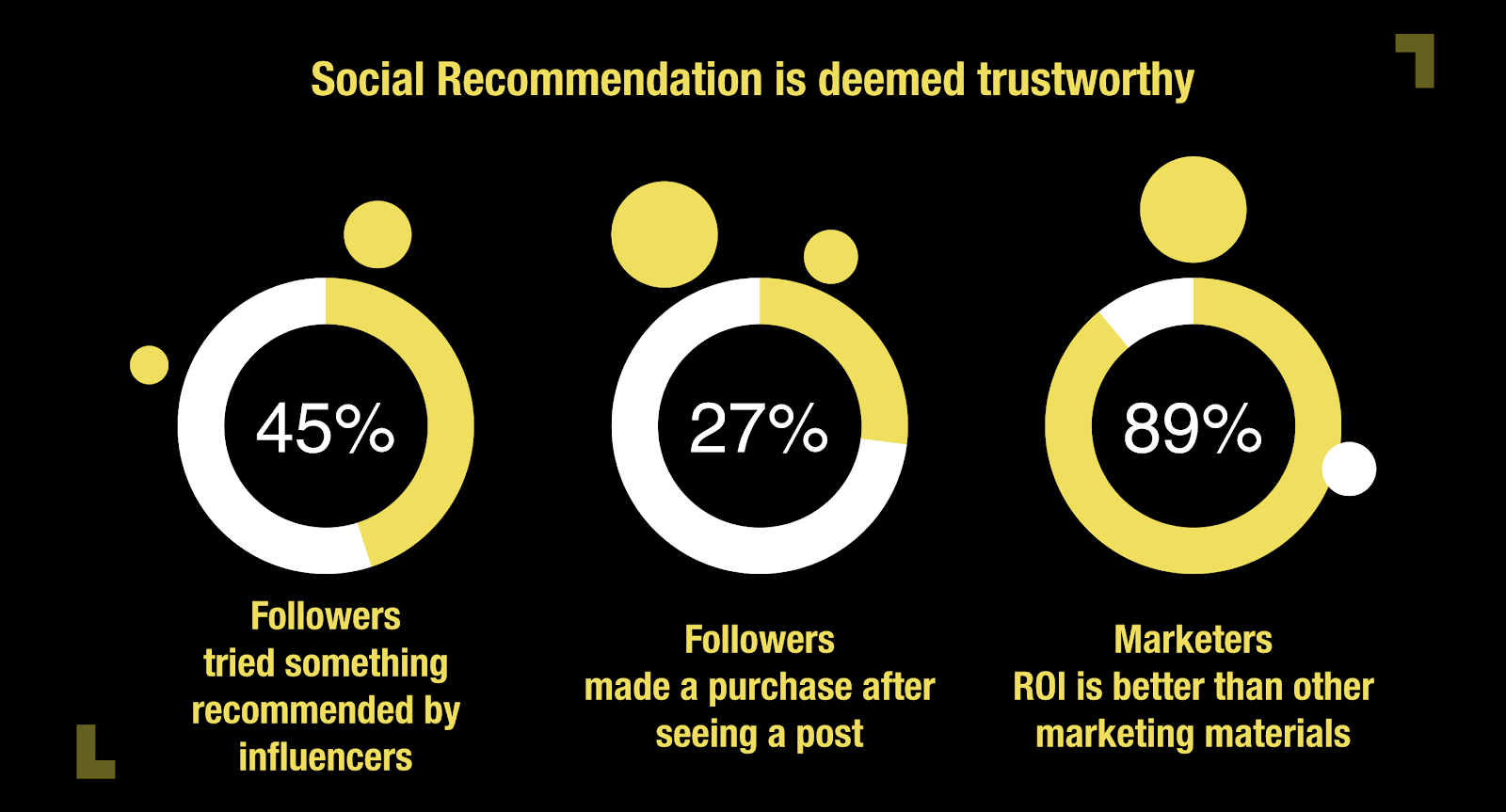 In this article, we’re going to explore the significant differences between macro and micro-influencers, and the different scenarios in which a brand may consider engaging one or the other, or both.

Engagement rate is the percentage of activity a social post generates against the total number of followers an influencer has, activity meaning the likes and comments left on the post by the followers.

The general trend is: the higher an influencer goes in follower count, the lower the engagement rate of their posts.

For example, Elizabeth Tan has 1.6M followers on Instagram (which makes her a macro influencer), and she generates an average of 36k likes every time she posts a photo. That sounds like a huge number, but that makes her engagement rate a grand total of 2.25%.

Sure, micro-influencers have fewer followers, but their followers are generally people who have a genuine interest in their content, and thus will be more likely to engage and have conversations with them every time they post, even if the post is sponsored.

Regardless of numbers, a brand will most likely need to engage at least 20 different micro-influencers in order to reach the same kind of audience a macro influencer has, and because most macro-influencers have spent years building their online presence, the general impression is that they have far more to lose if they were to risk their credibility representing a shady brand, so their followers will at least listen to what they have to say.

If your goal is to create massive brand awareness, then a macro influencer is the way to go.

Macro influencers, with their mega reach, also comes at a mega cost. Expect to pay north of five figures every time a macro influencer posts an Instagram photo or Story for you. For start-ups and small businesses with limited marketing budgets, these numbers are simply unrealistic.

There is more intimacy between micro-influencers and their followers, period.

There is no denying the fact that, very rarely, macro-influencers became who they are overnight. They have spent years building their relationship with their followers, but people can grow apart. Gone are the days they can respond to every email, every DM, every tweet, every comment, and every message. Just like celebrities, they can only communicate to the masses, but not to a small intimate group like they used to be able to. 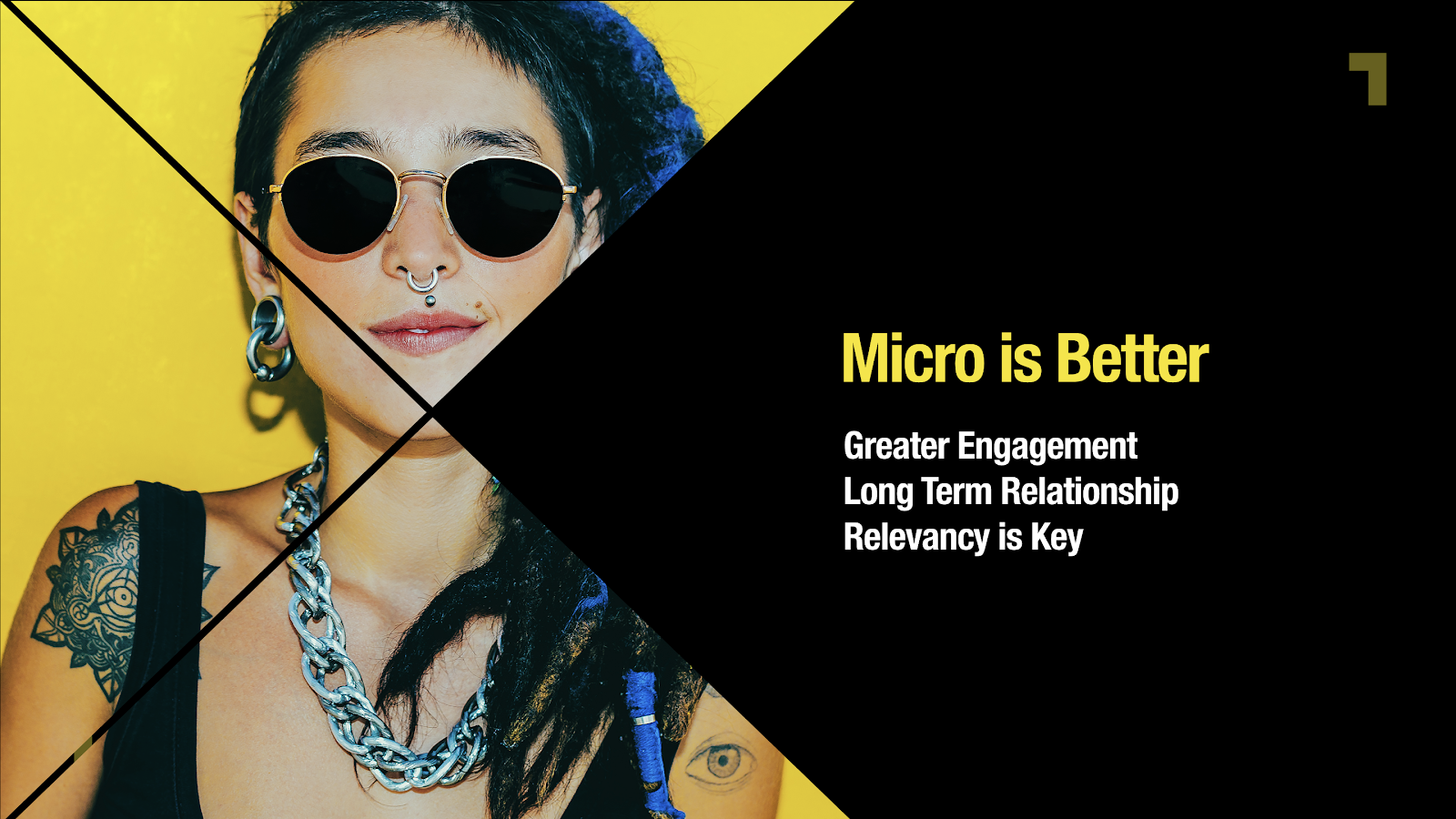 Micro-influencers, with their smaller groups of followers, feel more like actual friends than macro-influencers. They are more readily available to answer questions, exchange jokes, give personal recommendations, and create content that is highly relevant to their followers. Their audience also feels more involved in their lives and are actually interested in the content that they put out. A recommendation from a micro-influencer often carries as much weight as a friend’s or a family member’s – seeing as they already like the usual content, the general consensus is “I will probably like this too”.

Know them when they are small, and grow your brands with micro-influencers.

With these differences in mind, we can see how engaging micro-influencers can be more beneficial to small or big businesses alike in order to grow your brand, but that doesn’t mean that macro-influencers are out of the picture. When you have the budget, engaging macro-influencers that are already putting out content relevant to your business will give you a massive boost in brand awareness and leads.

Until your brand gets there, engaging micro-influencers will be your best bet. KOMACI+ has all the discovery and analytics tools you’ll need to start your first micro-influencer marketing campaign. Check it out!